The Roaring Forties & Jon Kenny at the Crane Lane 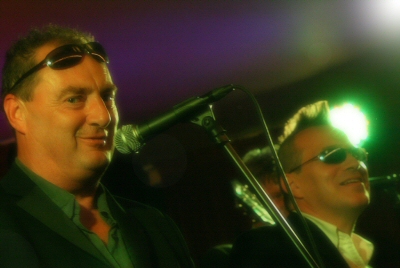 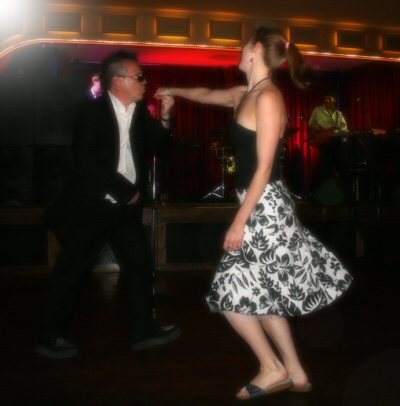 Regular readers of this blog - that would be me, my mom and my sister - already know that the Roaring Forties - Cork’s greatest and internationally renowned swing band - and Jon Kenny - some comedian from up Limerick direction - recently joined forces and recorded a new single called “Oh Marie!” Personally I think it’s fabulous that the band took some time out to help Jon kick start his career again and hopefully at least one of them and preferably both of them will soon achieve their long time dream of appearing on “The Late Late Show” as guests of Pat Kenny, RTE’s chat show dynamo whose primary raison d’être seems to be something to do with making Joe Duffy appear talented.

To celebrate this momentous occasion, the band and Jon threw a damned decent shindig at the Crane Lane and George, being the kind hearted patron Saint that he is, made sure our names were placed prominently on the guest list. True to form, the music was great and the dancing was terrific fun - pretty much what you’d expect from any Roaring Forties gig - and we all had a wonderful time. Donal took some fabulous photos on the night, which you can see by clicking here.

A few weeks prior to that, the band had also played at the (new) Bodega and it was brilliant to have such a big dance floor to prance about (note to self: in future when you drag two women onto the dance floor at the same time it might work out better if you can actually dance as good as Brendan Fraser in that scene from “Blast from the Past,” as demonstrated here) and to make a good night even better, it was followed up by a big band dj set from Gary Baus, whose own monthly Doubletime night remains ever popular.

The Roaring Forties new single should be available in most records stores so just go out and buy the fecking thing - it’s not rocket science you know!

Comments:
Cool article as for me. I'd like to read more about that theme. Thanx for posting this info.
Sexy Lady
Female escort