The Cuban Brothers at the Savoy 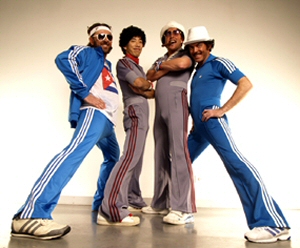 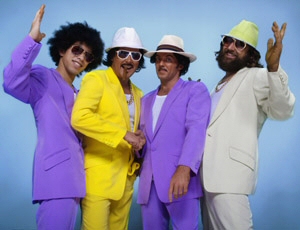 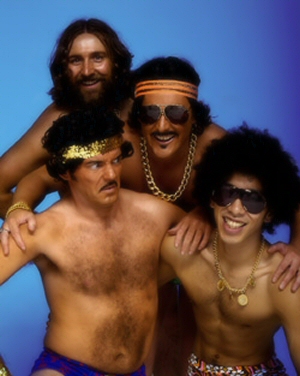 Unless you’ve seen the Cuban Brothers live for yourself it’s a little difficult to quite convey the experience - madcap, crazy, fun, insane - are a few words that are probably on the right track. If guess if I had to sum them up in a single phrase then a highly entertaining fun-filled Latin house music comedy act would probably be the best I could do. Yes, I know, it does sound stupidly silly but that’s what they are and, believe it or not, it actually works quite well.

They played at the Savoy over the June bank holiday weekend and delivered the goods once again from their wacky stage show to the incredibly delicious tunes that Clemente dishes out on the decks. Surprisingly, unlike their previous gig at the Savoy last year, Miguel didn’t strip bollox naked and prance around the dance floor accosting unsuspecting girls as he went - if you really need to see photos of that night then click here! Instead, this time one of the audience did the honours and took it upon himself to hop onto the stage and bare all seconds before a collective of bored and slightly stunned security staff pounced upon the said misfortunate and escorted him to wherever it is they bring you when you’re bold.

If the Cuban Brothers play at a venue near you, drag your sorry ass to see them, if you like dance music then you won’t be sorry.

Yes it was and in contrast to their previous gig, which was half empty, this one was packed.