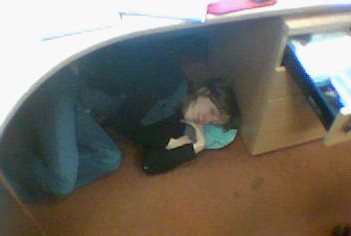 Just in case you think I make half of this stuff up, my contacts have sent me this lovely picture of Rat Girl (aka Sleepy Girl) hard at work in her laboratory at some unknown secret location. 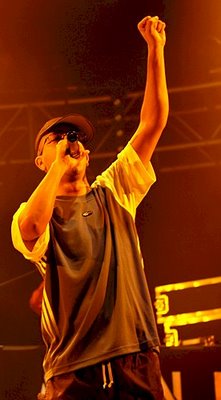 The plan was simple. Pure Cork Boy (yours truly :-), Bat Girl, Rat Girl and V Girl were going to suspend our crusading for an evening (fighting evil is a tireless and thankless job you know) and descend from the skies above the streets of the metropolis that is Cork City to experience the heavenly bouncy goodness of Asian Dub Foundation Sound System at Cyprus Avenue. Of course, like the best made plans, things soon begin to unravel.

Rat Girl (aka Sleepy Girl) decided that she was too tired and was going to stay at home curled up on her couch in her (super hero) pyjamas. Unfortunately, V Girl had planned to go with Sleepy Girl, so you lose one, you lose two! Nevertheless, myself and Bat Girl, who in fairness only originally agreed to go because Rat Girl was going, proceeded to the venue undeterred by the fickle nature of our caped comrades!

There was a nice sized crowd there by the time we arrived, not too big, not too small, and the vibe was quite relaxed yet tinged with an air of excited anticipation. After a few tunes by the warm up band, Aleko, the main attraction was introduced by Bat Girl with the immortal words “Dis is da Asian Dub Foundation! Aieeeee!” Fortunately, the fact that her faux Asian accent and hard man posture were so ridiculously funny meant that her spontaneous and unexpected intro was absolutely hilarious!

After that, the bounciness began in earnest and by the time the night was over we had completed a fly over, done a round up and taken back the power! Not bad for a night’s work I reckon. Eventually, it all proved a little too much for Bat Girl and she insisted on dragging me away from the drum and bass fuelled madness while still in an agitated music induced state of bounciness.

If you were lucky enough to have been at the gig or if you would just like to add your own thoughts, please feel free to leave a comment. 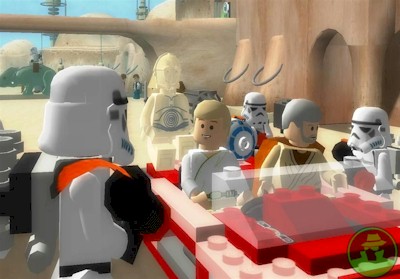 Star Wars... LEGO... video games... put them altogether and what have you got??? LEGO Star Wars of course!

After the nerdish joy that was the first LEGO Star Wars game, which recreated episodes one to three, now we have the mounting excitement associated with the imminent arrival of LEGO Star Wars 2, which is going to recreate episodes three to six of the original Star Wars trilogy. Kids of all ages and adults, who probably should know better but just can’t help themselves, rejoice!!!

What do ya mean you aren’t excited, that’s just plain bizarre. Hmmm, maybe these are not the droids you are looking for! (chuckle :-) 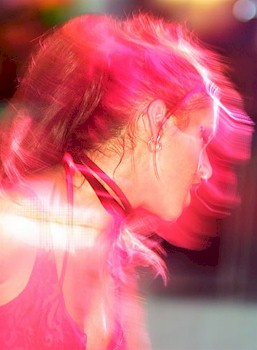 While wondering around town about midnight in search of a Danish pastry, by pure chance I spotted a poster advertising a drum and bass gig in An Cruiscín Lán on the evening before Saint Patrick’s Day, which was tomorrow at the time. These fecking drum and bass heads always leave things to the last minute and it’s incredibly easy to miss the few drum and bass nights that do take place in Cork. At least I found out in time and, let’s face it, what better way to start the Saint Patrick’s Day weekend that with a spot of soothing drum and bass!

The dj for the night was some geezer called DJ Tricky from Manchester and he also brought a few mc’s with him. On top of that, half of the guy’s family came as well and a brief chat with his dad revealed how proud he was of his young fella... altogether now, aaaw!

Things started a bit slow but the last two hours were pure madness and good fun. Unfortunately, due to the late advertising I reckon, there was a relatively poor turnout on the night, which was a bit of a shame. Still, it left more room for tall lunatics like myself to dance around like a nutter and mingle a bit!

On a related topic, my search for a drum and bass girl goes on. If you like drum and bass, if you dance like you haven’t a care in the world and if you can’t get any of your all too boring and sensible friends to go out to a drum and bass night then we’re (probably :-) perfect for each other!

Please feel free to leave a comment with your thoughts in relation to any of the above including any applications for the currently vacant position of drum and bass girl - pink hair a plus!

I went to see Lucky Number Slevin recently and I have to say that I thought it was pretty enjoyable. Some reviewers have said that this film is trying to hard to be slick and while that may be true to some extent, it doesn’t really matter. Overall, this film has great dialogue (it might be somewhat contrived but who cares), a good story and it’s full of top-notch actors.

Obviously, the best part of the film is Lucy Liu flittering about the place in her little pleated skirts and those oh so cute knee high socks looking all coy and demur like only she can... hmmm, maybe I need to stop saying things like this out loud?

Anyway, if you’ve seen this film or are just worried that my obsessive fantasies seem to be getting the better of me, leave a comment with some of your thoughts on either topic! 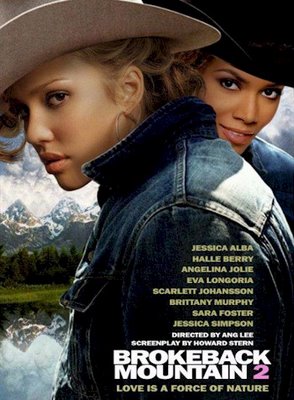 Just goes to show that some sequels can be better than the original.

I'm not dead yet! 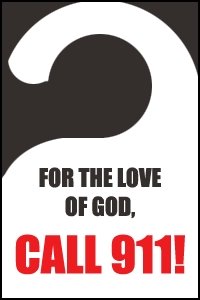 Ok, relax; I’m not dead or anything. Jeez, you don’t put up a post for over two weeks and people get excited! Anyway, just to calm the hordes that regularly visit my blog (heh, there’s at least two, possibly three, of you out there), I would just like to say that I’ve been too busy, too pre-occupied, too damn lazy or whatever gets me off the hook.

While I know I’m going to regret this later, rest assured that I will most definitely add some posts over the coming weekend, that is, of course, after I finish the damn VAT return and a million other things but I live in eternal hope... 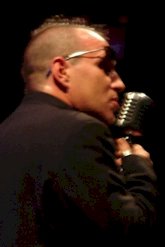 Just a quick reminder that The Roaring Forties will be playing at 9pm in Scotts this coming Friday to celebrate the launch of their new album.

They will also be having a special launch party in Guinness House earlier that same evening but unfortunately entrance to that soiree is by invitation only. So if you haven’t got an invite then I’m afraid you’re going to have to catch them later that evening in Scotts, which is sure to be a great night out anyway so there’s really no reason to despair!

For more information about The Roaring Forties, check out my previous post about the band. 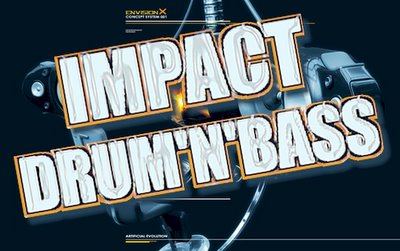 Next Saturday night sees the return of the Impact Drum'n'Bass night to An Cruiscín Lán. The goodness begins at 10pm and continues on until 2am. Entry is a meagre €6!

Even though I missed the last Impact night, I had the good fortune to make the one before that and I can wholeheartedly testify that satisfaction is most definitely guaranteed. Even if you have never been to a drum and bass night, you owe it to yourself to check it out and for €6 you can’t really go far wrong!