Behind Every Great Woman 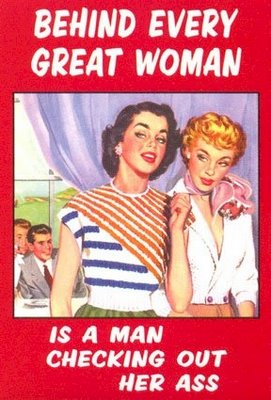 Given my current bout of sheer laziness when it comes to writing anything interesting, this will have to do for the time being.

Still, I reckon it’s kind of true all the same... although feel free to comment otherwise!

Orange is the Joy! 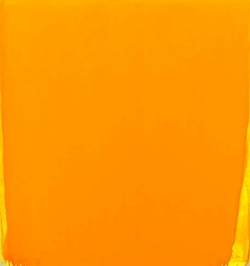 Today’s Irish Independent includes an article about colours. Given my recent rant about orange, I note with interest that it states that “orange is connected with joy and vitality” and “it combines the vigour of red and the mental clarity of yellow.” So, in a nutshell, like I tried to tell you all, orange is pure goodness!

You can read the full article about colours here but you will probably have to register, which is free but a bit annoying all the same. 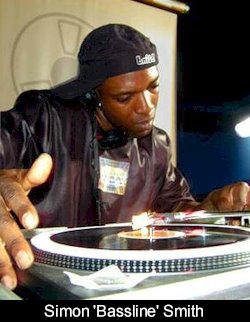 Ok, it’s now fucking official - there can be no more doubts - hands down, the monthly Impact Drum N Bass night at An Cruiscín Lán is currently the best night out in Cork and if you’ve never been then you need to take whatever steps are necessary to ensure that you are most definitely at the next one! And no, it doesn’t matter if you don’t know what drum and bass sounds like. Nor does it matter if you reckon you wouldn’t like drum and bass. In fact, none of that silly nonsense in your head telling you not to go matters a damn because this is not your normal run of the mill night out, this is an experience beyond the realms of your normal conservative day to day reality!

Yes, it will totally wreck your head but you won’t care. Yes, it will leave you sweating like a sweaty pig but you won’t care. Yes, it will leave you completely exhausted wondering if you have the strength to make it out the door when the music finally comes to a halt but you won’t care about any of that because in the four hours preceding that moment you will have danced yourself stupid and you will have enjoyed yourself in a way that cannot be described in mere words but in a manner that must be experienced to be understood, for it is one of the most mental “let your hair down” nights out in this here People’s Republic! And if you still don’t want to go then you’re a tosser and you should just fuck off to Reardens, to be perfectly honest, you’ll probably be quite happy there. 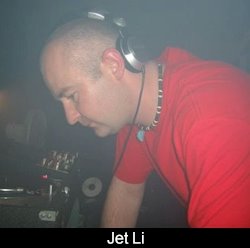 For those of you still with me on the true path of enlightenment, last Friday’s Impact gig was utterly mind blowing. (Note to self: Running out of superlatives, tone down the hyperbole.) Headlined by Simon ‘Bassline’ Smith of Technique Recordings and supported by Jet Li of Phase 2, Fiction of Rebirth, Allen M of Tek FM and Paddy of Sub FM with visuals by Vector Profecy, a night of incredible bouncy bass goodness was all but guaranteed and everyone delivered above and beyond what was expected! By the time 1:40am arrived when, like a langer, Simon ‘Bassline’ Smith teased us by turning off the music, every last man, woman and child (come on Margo, you’re know you're just a baby :-) in the place were literally screaming out for more and, mercifully, our wanton pleas did not go unheard and we were duly rewarded with another half hour of sheer hedonistic musical joy.

If you are contemplating making the next Impact Drum N Bass night you’re first such experience, please take heed of the following advice. The first two hours are great if you like to dance with a bit of elbow room to strut your stuff whereas the final two hours are sheer mayhem and while there is still plenty of dancing, you’ll be rubbing shoulders with your fellow sweaty Corkonians, which brings me nicely to my second point. Given the complete lack of any kind of ventilation system in An Cruiscín Lán, things get pretty damn hot and this is only getting worse as we head into the warmer summer months. I swear to God, the heat at last Friday’s gig was ridiculous and the amount of clothing that was discarded was pretty frightening in some cases while somewhat interesting in others! So be sure to wear really light clothing and not too much of it, if only that poor young fella with the big woolly jumper had been warned beforehand... 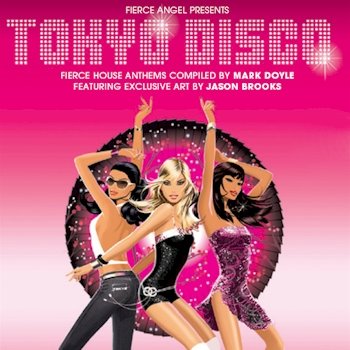 Tokyo Disco, a 3 CD unmixed compilation of scintillating house tunes compiled by Mark Doyle with shiny brand new cover art by Jason Brooks, was recently released on the Fierce Angels label. For those of you planning to do a spot of shopping over the weekend, this really would be the ideal birthday present for anyone into house music. Not that I can think offhand of anybody with a birthday coming up any time soon or anything...

Lord of the Dance! 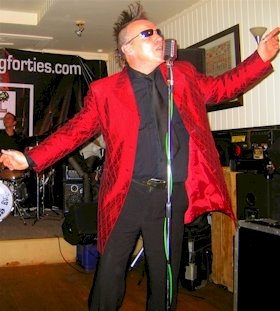 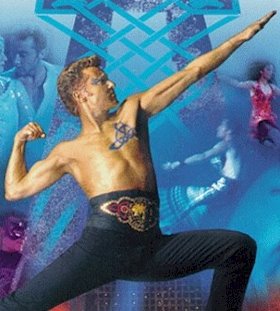 Now there might be no truth to the rumours that George “Lord of the Dance” Patterson taught Michael “Two Million Taps per Minute” Flatley all of his best moves one summer at an Irish Dancing Festival down in Ballyvourney sometime in the late seventies but surely even the most hardened cynic amongst you would begin to ask serious questions when presented with such stark photographic evidence! Also, one look at George’s fabulous new jacket and it’s easy to see where Michael picked up his penchant for outlandish costumes.

I robbed the above picture of George from Donal’s post about The Roaring Forties gig at The Far Side Bar last Friday evening. By all accounts, it appears to have been a good one and Donal has some more fantastic pictures of the night on his post. Of course, the langer never mentioned that he had found out where The Far Side Bar is actually located just in case any of the rest of us were thinking of going. Oh no, it was all “I don’t know where it is, I probably won’t go” on Friday afternoon, the devious bollox! Ah well, not to worry. Besides, his brother got married yesterday, so here’s hoping that he didn’t make a balls of his best man speech! :-) 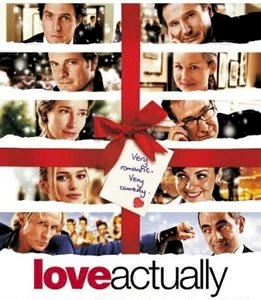 Ok, I admit this is not the most recent of films but I had the pleasure of watching Love Actually again over the weekend and as I had forgotten how incredibly good it is, all of you are now going to be subjected to my indulgent rant on the matter! (That, and maybe because I’ve been having a little bit of writers block recently when it comes to writing posts for this blog. All suggestions will be gratefully accepted!)

Anyway, let’s start with the cast. Even with such a large ensemble cast, every actor in this film does a brilliant job. From the fabulous Bill Nighy as the ageing rocker Billy Mack to Hugh Grant as the youthful out of his depth Prime Minister, everyone’s portrayal of their role is spot on the money. Not to mention the likes of Colin Firth, Liam Neeson, Emma Thompson, Martin Freeman, Rowan Atkinson, Kiera Knightley, Billy Bob Thorton, Alan Rickman, the utterly funny Kris Marshall as the insane Colin Frissell and countless others! Yes, as far as the cast goes, everyone’s a winner and Mary Selway and Fiona Weir should have won a fecking Oscar for the casting alone.

Moving on to the script, which is lovingly written and bursting at the seams with funny lines, this is one of the few romantic comedies that is actually brimful of both comedy and romance. And I don’t care what the most hardened cynic amongst you thinks; in my humble opinion Love Actually is one of the funniest and most endearing films ever made and I challenge any of you to sit down and watch it and to honestly express that you didn’t like it afterwards. Anyway, even if you do, I won’t believe you, so it’s a pointless exercise.

Finally, let’s talk about the primary reason why this film is so fecking wonderful... well that’s easy, it’s all about love. Yes, ladies and gentlemen, call in Doctor Wormius to administer an urgent check-up because it appears that I’ve gone completely off my rocker and gone totally soft! Don’t bother, it won’t make a whit of difference, I’m prepared to stand my ground on this one. Whatever you feel about the Brits’ chequered past in the history of our little republic, they sure can make a great romantic comedy. 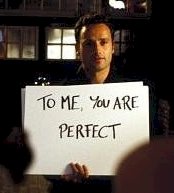 In all fairness, can you imagine the schmaltzy crap this film would contain if Hollywood had been given the job of putting it together? No, unlike Hollywood, the Brits’ view of love is not as simple as the sterilised conservative middle of the road bullshit that the Americans like to peddle us! Instead, Love Actually triumphs because it shows us that love has many forms, some are straightforward, some are complicated, some will leave you in tears and some will have you leaping around like a carefree child but as Austin Powers might say, “who cares, it’s love baby!” Tall love, short love, fat love, skinny love, soft love, hard love, easy love, difficult love, it doesn’t matter because it’s love and it’s all good! (Ok, itchy love does sound a bit dodgy but let’s not go there for the moment!) Anyway, I think I’ll leave the final words to The Beatles by quoting a line from one of their songs that is in the film itself – “love is all you need.”