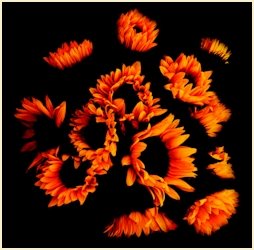 "...lost in the loveliness of your beautiful otherness..."

From "Beautiful Otherness" by Bent. 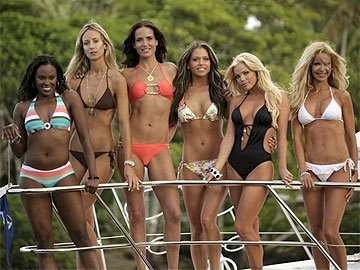 OMFG! I just spent the last hour watching the new series of Love Island with my sister and her housemate. What a total fecking scream! Personally, I can’t stand all of this reality tv bullshit, for me watching something like Big Brother is like watching paint dry and I’ve never been slow to tell those of you that do like such programs what brain dead morons you must obviously be. However, it’s all backfired on me now because (*almost choking with disgust*) I actually enjoyed it!

Dear Lord God, in all fecking fairness, what the sweet Jesus are you up to? Was it something I did to displease you? Is it because I’ve been overly naughty of late? I can’t go into work tomorrow and tell everyone I was watching Celebrity Love Island without getting laughed out of the place, what the fuck are you trying to do me???

Now come on, the geography quiz, how could anyone watching not think that was funny? Ok, if they had been given some freaky countries like Turkmenistan, Angola or Patagonia (ok, not really a country but obscure none the less), you might have felt a bit of their pain but when celebrity bimbo number one, Victoria Hervey, places the USA sticker on top of Canada, you know you’re in for a very special treat. Worse, she’s even fucking living in the USA! I’ve said it before and I’ll say it again, you just can’t beat class. A little more geopolitical manoeuvring later and France had turned into Spain, Belgium into Portugal, Mexico into Chile and New Zealand into Fiji. Thank God the Irish guy, Shane, knew where Italy was located or we’d never have heard the end of it. 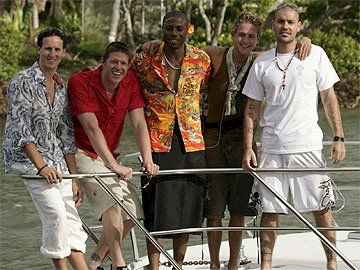 Speaking of which, what the fuck is up with that Shane? I mean, how many (heterosexual) men who’ve just been told that they have to spend the night with a good looking woman turn around and declare that it’s just not right, like no way, I’m not having any of that. Cop yourself on man, get with the program, literally... LOVE Island!!!

Finally, if I was only allowed to send out one message to a single contestant then it would have to be to Chris “James Bond is my father so you might fight yourself suddenly overcome with an unexplainable urge to throw yourself at me, strip naked and shag me senseless” Brosnan and it would be simply this - you’re an absolute fucking wanker! In fairness, your father always comes across as a reasonably nice guy with a good personality but I’d wager money he’s currently hiding in a corner somewhere cringing with embarrassment. Tosser!

Now girls, don’t be like getting all excited or anything, this is once-off occurrence. If you reckon I’m going to be doing a running commentary for the remainder of the series, you’re more delusional than I suspected. Although just for the record, does anyone else out there reckon that Alicia Douvall, the professional shagger, looks like a mugged version of Geri Halliwell. (You know, I can’t believe I actually said something that bitchy and mean, see what a bad influence this program is having on me!) 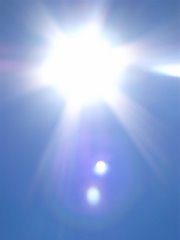 “She shines so bright that every moment in between lacks lustre.”

(Ok, so it's a shameless case of jumping on the bandwagon here but if simply putting up a quote counts as a post then I’m definitely having some of that. Ya! Of course I’m too frickin’ lazy to think of anything else! :-) 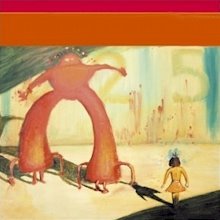 As I walked along the supposed golden path, I was confronted by mysterious spectres. They pointed to the graveyard over on yonder hill. I paused in cosmic reflection, confused and wondering of how I came to die. Hmmm, I was confused. For if I was dead, how and why did I die? But I composed myself and decided I should face it.

I’m just going to come straight out and say it. I’m fed up of this blog. Not necessarily the blog itself I suppose but more so of the tired and contrived rubbish that I put into it. Ya, it was great for a while, everyone was given a pithy super hero moniker and we all thought it was way cool and exciting and we’d giggle and titter and leave cute little comments. But come on, let’s be honest, I’m getting tired of trying to turn normal run of the mill everyday events into comic literary masterpieces (heh, I’m not saying I succeeded in doing so, just that the aspiration was there) and I’m pretty sure you lot must be getting fed up of the same old bullshit as well? In fairness, if you want to read a film review, you’ll have no problem finding one and if you want to read about a gig, just go to the fecking gig instead, it will get you out of the house and you might even enjoy it. 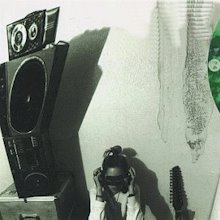 But I stood paralyzed on the supposed golden path and I was confronted by a powerful demon force. They said it was the devil and when he spoke his words flowed like glowing lava from the mouth of a volcano. And I said, help me lord! I found myself in some kind of Hell! But I did not believe in a heaven and hell, world in opposites, kind of reality. And I gained control of myself and I decided to press on.

I mean what the fuck are we all doing, eh? Trying to make ourselves appear more interesting than we really are... secretly yearning for the attention and admiration of the faceless, nameless masses... shamelessly overdosing on the little neural hit you get when some lost soul leaves you a comment... desperately longing for some meaningful connection with the wider world... despairingly realising that almost everyone seemingly has a more exciting life than yours... descending into a never ending cascade of mindless bitching and aimless meandering through the endless maze of the blogsphere. 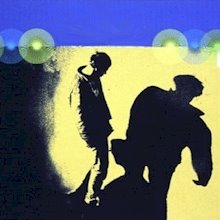 And as I walked along the supposed golden path, I was trembling with fear, oh the lions and wizards yet to come. I seen in the distance silver mountains rising high in the clouds and a voice from above did whisper some shining answer from the moon.

So, come on, take those frickin’ headphones out of your ears, take a good fucking look around and savour the moment when it slowly dawns on you that everyone else is just as completely fucked up as you are! I’m not complicated, in truth all I need is a good woman to walk off into the sunset with me, all I ever wanted to be was a brooding super hero and despite what the bastards tell you, faraway fields really are greener.

Please forgive me, I never meant to hurt you.