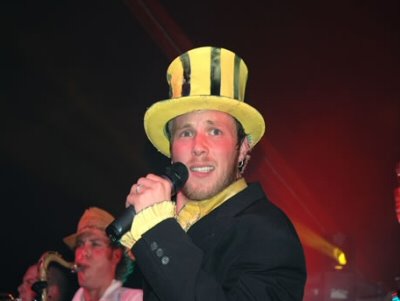 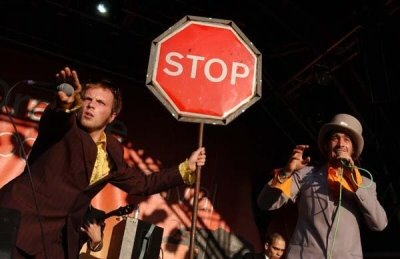 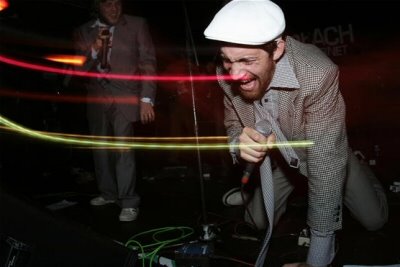 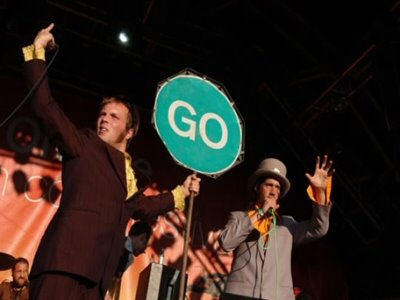 Oh fuck, what a monster gig! Yes indeed, if you were not smart enough to be at the Babyhead gig at Cyrpus Avenue on Sunday night then tough, you missed one of the most insane and craziest gigs of the year. Personally, I haven’t had as much fun on a dance floor in ages and who cares if it was Sunday night and most of us had to get up for work in the morning... judging by the screams of the crowd for an encore, no one by the sounds of it!

I could describe Babyhead as an insane mixture of The Specials, Bad Manners, Madness and the Beastie Boys on acid but I wouldn’t really be doing them justice. So I’m gonna be dead lazy and leave it to themselves to describe their unique sound.

“Babyhead are one of the United Kingdom’s fastest growing independent acts. The appeal cannot be defined by one aspect alone. It’s not just the combination of the horn section with turntable decksterity that gets any crowds attention. It’s not just the infectious nature of heavy dub bass and ska chops over a hip-hop backbeat that gets them moving. Nor is it the cutting edge lyricism delivered with unwavering tenacity that holds the attention until the encore. Babyhead has an intangible quality often been summed up by one word - ENERGY. It’s this energy combined with their unique sound and showmanship that has been catching the attention of the industry.”