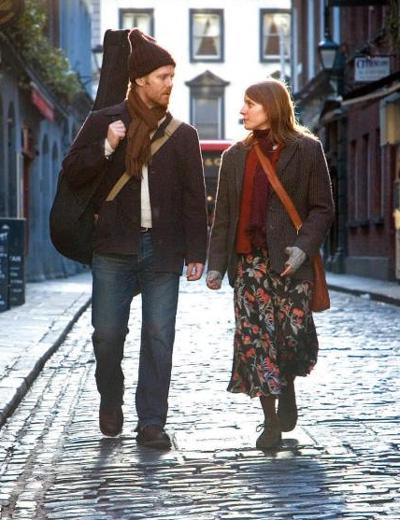 Comments:
Don't worry all the knives are safely locked away. :-) I liked the film but I did cringe a little in places due to my low cringe threshold. It is mad that there is such an age gap but I saw them on Ryan Tubridy's Saturday night show recently and they both looked totally smitten. Ryan Tubridy said he had never felt more like a gooseberry in his life!

I saw them on "Other Voices" last week and they seemed like a nice couple but 19 years is a big difference.

Twice? Hmmm. I reckon moreso Once II, Once III, Once IV. You say you were annoyed by the ending, strange as it was my fav bit. Where all those people who worked on it got mentioned and it was like a scrolly effect from bottom to top? I cried with joy.